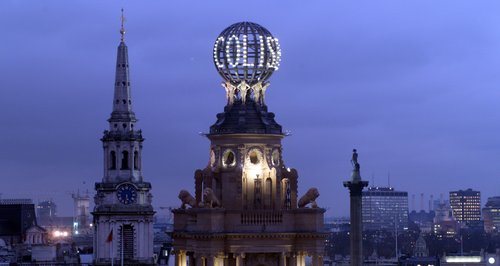 The win comes just days after the company’s music director has announced that he will be standing down.

A strike by ENO's chorus, protesting against a 25% pay cut and plans to axe four jobs, was recently called off, and the opera company is currently trying to cut costs after its grant from the Arts Council was cut by 29%.

Ballet dancer Alessandra Ferri was given the Olivier for Outstanding Achievement in Dance for her appearances in Woolf Works and Chéri at the Royal Opera House. Also nominated in the category were Javier de Frutos for the choreograph of Anatomy of a Passing Cloud (Linbury Studio Theatre at the Royal Opera House) and Sasha Waltz for her choreography of Sacre at Sadler’s Wells.

Here’s the full list of all the other winners:

Best Actor in a Supporting Role
Mark Gatiss for Three Days In The Country at National Theatre, Lyttelton

Best Actor
Kenneth Cranham for The Father at Wyndham's Theatre