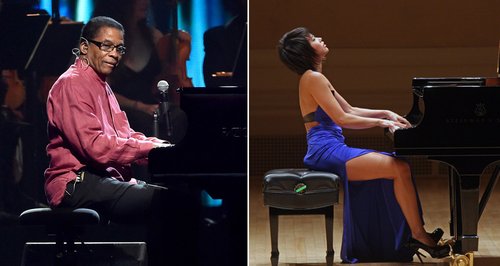 The brain activity of jazz musicians is substantially different from that of classical musicians, even when they're playing the same piece of music.

A study published by the Max Planck Institute for Human Cognitive and Brain Sciences (MPI CBS) in January found that musicians who work in the two fields demonstrate substantially different brain activity, even when they're playing the same music.

The research could help explain why musicians seem to excel in one or other style, and not usually in both.

The study outlines two steps in playing the piano: what the pianist is going to play – meaning the keys they press – and how they are going to play – which fingers they should use.

Classical pianists tend to focus on the second step – the 'how'. This means their focus is on technique and the personal expression they add to the piece.

Jazz pianists on the other hand focus on the ‘what’, meaning they are always prepared to improvise and adapt the notes they're playing.

“In the jazz pianists we found neural evidence for this flexibility in planning harmonies when playing the piano”, says researcher Roberta Bianco.

“When we asked them to play a harmonically unexpected chord within a standard chord progression, their brains started to re-plan the actions faster than classical pianists. Accordingly, they were better able to react and continue their performance.”

The researchers concluded that switching between jazz and classical styles of music can be a challenge, even for musicians with decades of experience.

They quoted jazz pianist Keith Jarrett, who was once asked in an interview whether he’d like to do a concert where he would play both jazz and classical music: “No, that's hilarious,” he said. “It’s [because of] the circuitry. Your system demands different circuitry for either of those two things.”

Find out more about the study here.

Queen Elizabeth II’s funeral: All the music played during the service

The State Funeral of Her Majesty Queen Elizabeth II: How to listen

What are the lyrics to Britain’s national anthem and who composed it?