These are the most important impresarios in music history 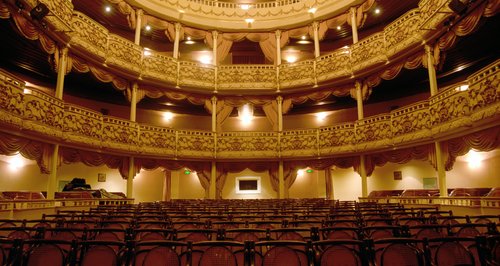 From Salomon and D’Oyly Carte to Cameron Mackintosh - these are the people that can make or break a production.

In the Sunday Times this weekend you’ll find this year’s Rich List is full of creative types - but what about the impresarios behind the scenes? People like Cameron Mackintosh, who features in the 2017 list, can be the difference between success and failure on the stage…

Throughout history a stream of managers and entrepreneurs have carried the music of the great composers into the public arena.Yet despite the vital role they play in the life-cycle of the arts, their names are often secondary to those of the great maestros and virtuosos.These are some of the most important impresarios who have shaped the landscape of music.

Johann Peter Salomon (1745–1815)
Best known as the man who brought Haydn to London, Johann Peter Salomon was a successful composer and violinist in his own right, and he led many of the first performances of Haydn’s work. It was Salomon who provided Haydn with the original English text for the Creation, after Handel turned it down. Haydn wrote symphonies No. 93 - 104 for his visits to London, which is why they’re known as the London Symphonies, but they’re also known as the Salomon Symphonies, in honour of the man who helped to make them possible.

Richard D’Oyly Carte (1844 - 1901)
Richard D’Oyly Carte was a talent agent for many years before he embarked on his famous collaboration with Gilbert and Sullivan.The French composer Charles Gounod, Clara Schumann and Oscar Wilde were all on his books at various points. In 1875 he commissioned Sullivan to write the music for ‘Trial By Jury’ and after its enormous success he established the D’Oyly Carte Opera Company in 1879. Ever the entrepreneur, D’Oyly Carte used the profits from The Mikado to open the first Savoy Hotel in London’s West End.

Antonio Vivaldi (1678 – 1741)
It might surprise you to see the name of such a famous composer on our list of impresarios, but Antonio Vivaldi was a real mover and shaker in Venice at the turn of the 18th Century, running several seasons at the Teatro San Angelo. It is likely that Vivaldi was a composer and impresario in equal measure during his 25 year career. In a letter to his patron Marchese Bentivoglio in 1737, he mentions ‘his 94 operas’. As far as we know,Vivaldi only wrote around 50 operas, so the others were probably operas which he managed and produced, and in which he was personally invested.

Sergei Diaghilev (1872 – 1929)
At conservatoire in St. Petersberg, Diaghilev’s teacher Nicolai Rimsky-Korsakov told him that he had no talent for music.After he founded the Ballet Russes however, his artistic sensibilities transformed theatre, music and the visual arts as no one had ever done before.Without Diaghilev, works such as Stravinsky’s The Firebird, Poulenc’s Les Biches and Ravel’s Daphnis et Chloé might never have been written, and Diaghilev catalysed the collaboration between two 20th century greats - Picasso and Stravinsky.

Raymond Gubbay (1946 - )
Have you heard of the Classical Spectaculars at the Royal Albert Hall? They’re the brainchild of British impresario and concert promoter Raymond Gubbay, who began his career promoting concerts with three or four musicians in small London halls and eventually built an artistic empire with an annual turnover of £18m. The artistic merit of Gubbay’s productions has been sniffed at by some critics, but he insists that his primary priority is to ‘put on a good show’ and to provide his audiences with ‘tunes they can hum’.

The role of the impresario has transformed utterly since the 19th century, but these brave producers and entrepreneurs from across history are all joined by one common thread - they all put their necks on the line for the sake of a good show.