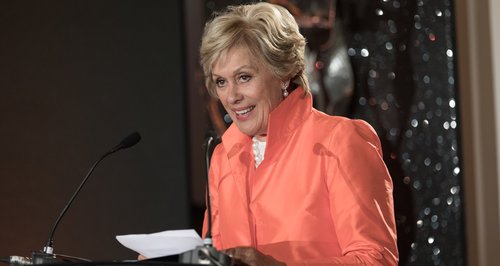 The ‘Oscars’ of classical music took place last night, 13 September, in central London, celebrating the very best recordings of the past year.

But as well as the category awards – which had been announced earlier this month, there were a number of special awards.

Dame Kiri Te Kanawa was presented with the Lifetime Achievement Award by actor Julian Ovenden, who appeared alongside Dame Kiri when she made a guest appearance in Downton Abbey in 2013.

Dame Kiri took the opportunity to express her gratitude: “I was fortunate to have had the opportunity to record many of my key roles and I worked with some extraordinary people and with many different record companies throughout my career.

I also wish to acknowledge the support of my country, my audiences around the world and the many sacrifices made by my wonderful parents without which I would not be here today.”

She’d also announced her retirement from singing earlier in the day and told Classic FM:

“I don’t want to sing anymore, there’s no need – I’ve got enough music in my life. And I have the foundation and my students. Life is very full, it’s not as if things have stopped – things are more hectic than they’ve ever been.”

Last year when I sang in Ballarat [Australia] and it was 50 years ago that I won the Melbourne Sun-Aria I thought ‘time’s up!’ – 50 years, that’s enough, I think.”

There was also a special Anniversary Award, presented to Classic FM.

Gramophone’s Editor in Chief, James Jolly, said the award: “highlighted the important role the station plays in promoting classical artists, their recordings, partnerships with orchestras across the country and their tireless work making classical music accessible to as broad an audience as possible.”

Violinist Jennifer Pike presented the ceremony with James Jolly. We spoke to her backstage:

We also met legendary pianist Murray Perahia backstage, who spoke about the great range of musical styles in the albums receiving awards at the ceremony:

Composer Max Richter also touched on how Classical music has changed over the last 25 years and what he's excited about for the next quarter century, plus he shared his best advice for young composers:

The whole ceremony was streamed live on medici.tv, Gramophone.com, ClassicFM.com and our Facebook page.

Music Teacher of the Year