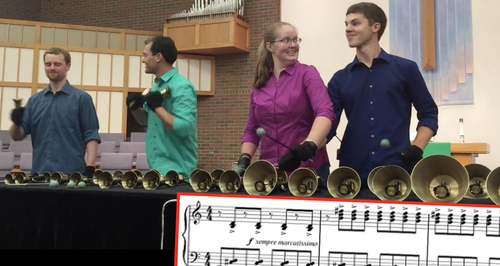 Have you ever seen so much running during a performance? Turns out handbells and Khachaturian are pretty tiring.

As Aram Khachaturian's most famous work, there is a huge amount of pressure when anybody performs 'Sabre Dance'. Let alone when you arrange it for handbells.

Yes, you read that right. Handbells.

The symphonic masterpiece, often used in television, film, video games, figure skating routines and as an ice hockey theme, has been arranged into this mind-blowing performance by the Forté Handbell Quartet.

The quartet's strap-line is 'Rethink Possible' and they have certainly done that with their manic yet incredibly precise arrangement for four ringers. The performers are subject to running around each other, reaching over one another, throwing their sticks at one another - it's the true meaning of organised chaos.

Their sheet music says it all: 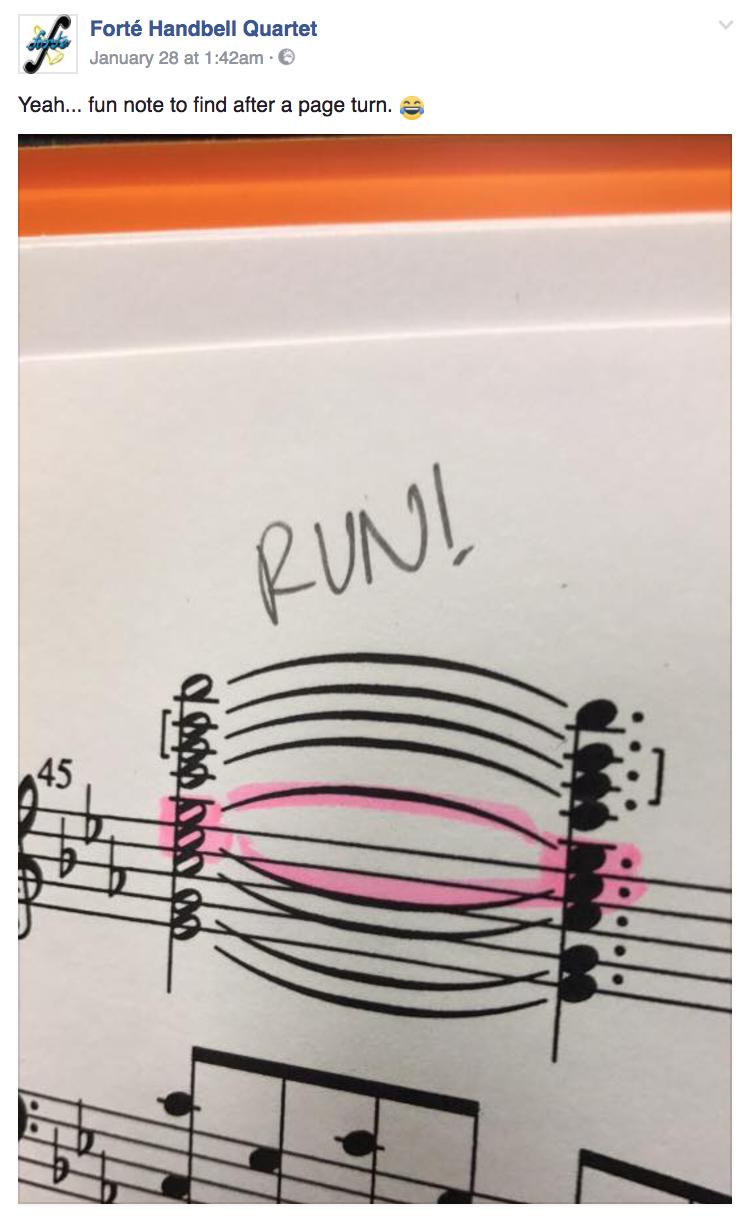 And here's the full version. Check it out and also Forté Handbell Quartet's Facebook page, and prepare to be ASTONISHED: