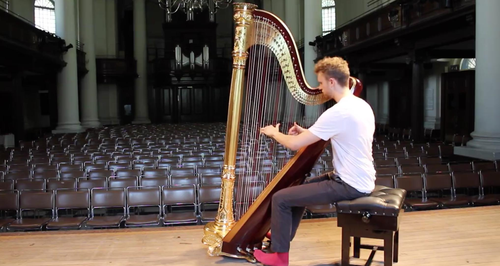 De Falla’s most famous piece, given a beguiling new spin thanks to harpist Oliver Wass.

When Manuel de Falla originally wrote his most famous work, his ‘Dance Espagnole’, it was part of an opera named La Vida Breve. But it took the foresight of violinist Fritz Kreisler to take that one section and set it for violin and piano.

Now, with nearly a century’s worth of violinists getting to grips with it, other instruments are starting to crave the limelight - like the harp.