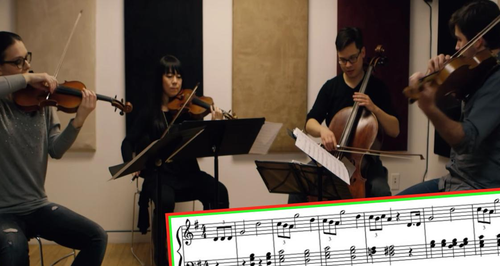 The Force is strong with this quartet.

Formed at the Julliard School in 2003 and making their professional debut in 2007, the Attacca Quartet has received rave reviews over the last ten years for their expressive vision and intricate interplay. Having won several competitions and performed all over the world, the quartet has recorded and performed full works from several composers, including Haydn, Beethoven and John Adams.

"They may be a relatively young ensemble, but already they come very close to epitomising the string quartet ideal: four strikingly individual players with ability to speak eloquently in one voice." - The Washington Post

As well as performing and expanding their classical repertoire, the Attacca Quartet enjoys creating more light hearted videos and recordings, such as this this stop motion video featuring eggs, potatoes and Mendelssohn, and this astronomically arrangement of John Williams' Star Wars: