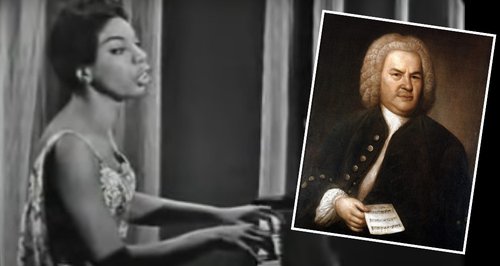 In case you needed proof that Bach is one of the most influential composers of all time, here’s a great example of his music in an unexpected place - the middle of a Nina Simone song.

We all know that Nina Simone was an icon, a genius performer and songwriter, but did you know she also had a penchant for classical piano?

Just have a listen to ‘Love Me Or Leave Me’, especially the instrumental section from about one minute in (watch below).

A delicate, Bach-influenced fugue with subjects, counterpoint, widdly bits and everything, all in the context of a sumptuous jazz song.

As a young musician, before she found international fame, Simone actually wanted to have a career as a classical pianist.

She enrolled in New York’s Juilliard School, and later applied for a scholarship to study at Philadelphia’s Curtis Institute, but she was denied admission despite a great audition. The young pianist claimed it was because of her race.

Ultimately, Simone became one of America’s most iconic jazz artists, but classical music never really left her – as can be heard in her passionate retelling of Johann Sebastian Bach.