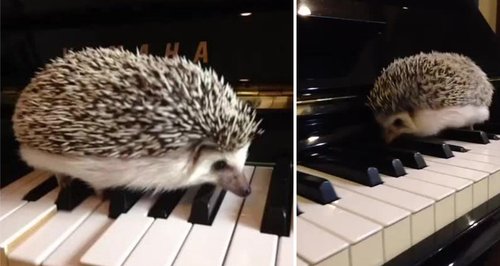 Marutaro is one of the world’s smallest social media influencers. Back in the mid-2010s, the little Japanese hedgehog made musical waves on the micro-video platform Vine (remember that?).

A six-second clip of him taking to a piano keyboard was widely popular, and it sounded a lot like a new piece of contemporary classical music.

The resulting piece is a gently chromatic affair, and immediately calls to mind the gentle lyricism of Marutaro’s countryman, the 20th-century composer Toru Takemitsu.

In a second video, the hedgehog descends the piano’s high notes – this time in a jazzier mood, backed by bass and drums.

Marutaro’s fame found its peak in 2015 when he had over 76,000 followers on Twitter and tens of millions of video views.

We haven’t heard from Marutaro recently. No doubt he’s now opted for a quieter life after his Internet stardom, and we wouldn’t begrudge him that.