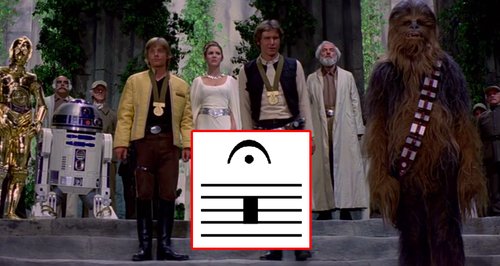 A video that shows the final scene from Star Wars Episode IV without John Williams’ iconic musical score displays just how important soundtracks can be.

The video, which shows the final scene from the 1977 sci-fi classic, has been cleansed of John Williams’ famous music and dubbed with embarrassingly minimalist sound effects.

Without the John Williams fanfare, the scene becomes a thoroughly weird and awkward series of facial expressions, silences and muted audience reactions.

Star Wars soundtracked by Holst’s ‘Mars, the bringer of War’ is actually incredible >

If there was any doubt about the importance of a good film soundtrack and especially the power of John Williams, it’s laid to rest with this slice of awkwardness:

Williams has just made his debut with the Vienna Philharmonic, conducting the great orchestra in music from Star Wars, Harry Potter and Jurassic Park. Their album John Williams in Vienna is set for release on 14 August.

Star Wars soundtracked by Holst's 'Mars, the bringer of War' is actually incredible

Star Wars The Rise of Skywalker: what to expect from John Williams’ soundtrack