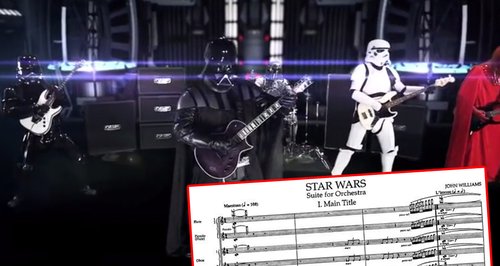 Galactic Empire might have recorded one of our favourite versions of John Williams’ iconic music from the Star Wars saga.

You know you’re doing it right when you’re in a heavy metal band dressed as characters from the Star Wars universe.

And if you happen to be able to pull of a literally note-perfect version of John Williams’ sparkling main theme (including widdly flute lines and everything) then you’ve basically just won at life, haven’t you?

This is without doubt one of our favourite John Williams renditions: