Tchaikovsky meets Will Smith, in a classical-pop mashup for the ages.

Tchaikovsky’s Swan Lake is among the most popular ballets of all time, and it contains some of the greatest masterpieces of classical music – from the heartarchingly beautiful main theme and delightful string-led ‘Waltz’, to the ‘Dance of the cygnets’.

The latter, literally ‘Dance of the Little Swans’, demands absolute precision from its dancers, who perform it in unison.

What Tchaikovsky probably didn’t expect, is for his danse to be given the American hip-hop treatment some 140 years later.

Tom Helps, a YouTuber, decided to elevate Tchaikovsky’s great melody with a touch of none other than American actor and rapper, Will Smith. 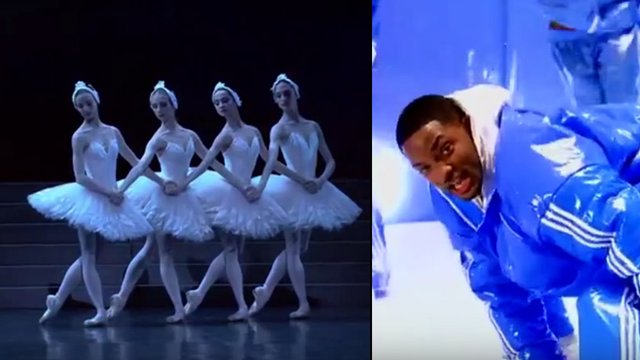 Smith's Gettin' Jiggy Wit It sits closely beside Swan Lake in the great musical hall of fame, some might argue, as one of the great masterpieces of the hip-hop/rap genre.

Now, hear the two together above. Tom, you truly are performing the Lord’s work.

Take a look at Tom Helps's Facebook and YouTube pages for more mashups, such as Dvorák meets The Black Eyed Peas.

Tchaikovsky’s Swan Lake: the story and music of the Russian composer’s ballet

An epic marble run PERFECTLY synced up with Tchaikovsky

Someone has made Instagram profiles for the great composers, and they are gorgeous

This duet for bassoon and squeaky chair is just hilarious

The 1812 Overture: the hit that Tchaikovsky hated