This is how the opening to 2001: A Space Odyssey was supposed to sound 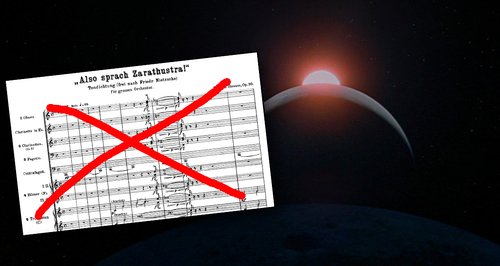 The first 22 bars of 'Also Sprach Zarathustra' became a classical hit because of Kubrick's masterpiece. But Alex North got there first.

The use of Strauss's ‘Sunrise’ theme in 2001: A Space Odyssey made it one of the most popular pieces of classical music.

But the film's director Stanley Kubrick originally commissioned a soundtrack from the great Hollywood composer Alex North, with whom he had worked previously on Spartacus and Dr. Strangelove. In just two weeks, North delivered a spectacular score but, late in the day, Kubrick chose to abandon North’s music in favour of the Strauss which he had previously used in an early show reel of footage from 2001.

The composer wasn't aware his music had been dropped until he went to the film's New York City première. He was devastated.

North believed, until his dying day, that his score for 2001 was the better accompaniment to Kubrick's images and that his talents had been grossly undervalued. Only now, with the reconstruction of his soundtrack can we make our own minds up.

This is the most epic musical 'sunrise' ever written

This orchestra switched instruments and tried to play Strauss, and it was a train-wreck

6 times the Strauss family had serious beef with each other