Here’s a fascinating and bizarre Soviet synthesiser from 1932 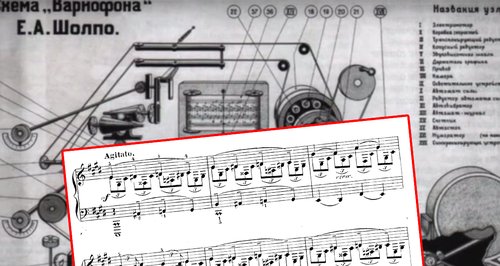 Proof that the likes of Robert Moog and Karlheinz Stockhausen had their roots in Soviet Russia, this 'Variophone' photo-electrical synthesiser busts out some Rachmaninov.

Invented in 1932, the 'Variophone' photo-electrical synthesiser is what you might call a prototype of the modern synthesiser. It was put together by Evgeny Sholpo and Nikolai Voinov, and it sounds a bit like a jazz-fusion experiment gone delightfully wrong.

So what music would you play on it? Obviously, Rimsky-Korsakov and Rachmaninov:

97-year-old pianist, and last surviving pupil of Rachmaninov, has a landmark new album

Best Rachmaninov works: 10 of the composer’s greatest pieces of music

Pianist melts together Chopin and Rachmaninov in virtuosic display of musicality

This AI has reconstructed actual Rachmaninov playing his own piano piece

Christopher Plummer was a classical pianist, and played Rachmaninov between Sound of Music scenes

10 of the best Romantic composers in classical music history