Watch an orchestra play Brahms’ Symphony No.1… from memory! 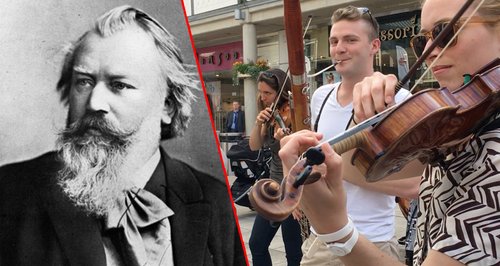 The Aurora Orchestra has made a name for itself by performing whole symphonies completely from memory. It’s an amazing feat of mental capacity and teamwork – and here’s a taster of what it’s like to see them perform

There are long running debates in classical music about how to make classical concerts more approachable, how to entice new audience members into the concert hall.

The Aurora Orchestra decided to try performing whole symphonies from memory as a way of bringing the music even closer to their audiences.

Catch up with our LIVE Liverpool Philharmonic Orchestra concert