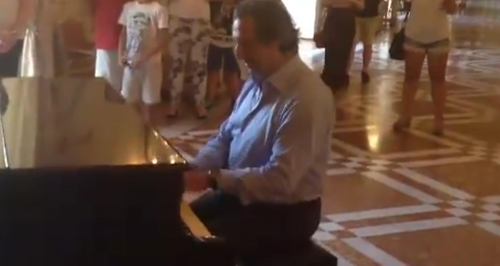 Riccardo Muti was sightseeing in the Capodimonte Museum in Naples and happened to see an unused piano… you know what happens next.

The Music Director of the Chicago Symphony Orchestra was in Naples having a nose around one of its most beautiful museums when he was spotted.

According to Gramilano the conductor was asked for autographs and photos, but after obliging he was more interested in having a tinkle on the museum’s majestic piano.

So what did he play? A delightful Chopin waltz which delighted everyone, obviously: