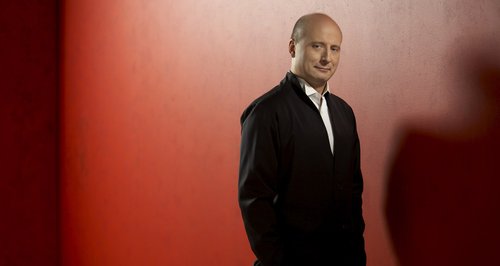 The Estonian conductor comes from a family of conductors (his father Neeme and brother Kristjan are both well-known conductors). So there can’t be many people better qualified to give advice on making it in music.

I was born into a very musical family so it’s very hard to exactly say what my first musical memory was. I remember going to opera rehearsals a lot when I was a kid. My father was rehearsing and my sister and I would always be at the opera house. Everybody knew who those two kids running around were, because we were very familiar with all the ins and outs and the little passages of the opera house.

How did you end up following in your father’s footsteps and becoming a conductor?

We never thought about it really, we were just surrounded by it and then in school I studied conducting and I somehow I found that I did not have to make a decision what to do next. It was kind of understood that we would become musicians and I suppose there is a tradition of boys wanting to be like their fathers – either they rebel or they want to be exactly like their father and I thought I wanted to be like my father.

What piece of advice would you give to someone trying to become a conductor?

The first thing any young musician should ask themselves is: do they want to be in this profession and are they aware of what they’re getting into?

The reason most musicians end up being musicians is because they love music, because they’re attached to their instrument. But “do you want to spend your life doing this?” is not very often asked. People don’t think about the realities of playing in an orchestra or, as a pianist, practising hours on end in a practice room. And it’s not necessarily something everyone is happy to do.

So I think the piece of advice is to make sure we want to do it, because it is a great, great art, but sometimes it can be quite complicated professionally.

What piece of advice do you wish you’d been given when you were training?

My teacher Leonard Bernstein once said “you have to do your homework and be very prepared, but when you stand on the podium throw it all out of your head and feel”. And I think that’s a great piece of advice, very liberating.

Which recording or project are you proudest of working on?

I have made about a hundred recordings now. So it is very hard to pinpoint one of them, but I can certainly be proud of my 2003 recording of Sibelius’ Cantatas because it became the first recording my Estonian musicians to win a Grammy. It was a significant record and it was done purely by Estonian forces: Estonian orchestra, Estonian producer, Estonian conductor, Estonian chorus and I was very happy.

Which recording would you like to go back and do again?

I think every record would fall into that category. In fact, I’m never really happy with any of the recordings I make. We make recordings, but then we develop and go further and that recording is a sort of a stepping stone. They always seem a little bit behind your own development so I try not to listen to them too much, because we keep progressing and these things are sort of frozen in time.

What place do you think music has in a world that feels very divided and full of conflict?

Music has one powerful force: that is the ability to unite. Classical music or any music will never solve actual conflict, never really actually make a problem go away, but at the same time it helps to deal with issues and helps to create more unity, more harmony and more togetherness. The arts can be more important in unifying people than ever before especially in this very political moment.

Finally, which composer, either still living or from the past, would you most like to have a drink with and why?

All composers are like gods for me – Beethoven, Mahler or Brahms and the thing is you don’t want to ruin your admiration for people who are elevated to this god-like status, because some of those great geniuses were quite awful human beings. So I would rather actually keep my distance and admire them from afar. But if one would need to choose then probably Mahler because he was an interesting combination a conductor and composer. But first of all it is not really a reality. And second, be careful what you wish for.

Paavo Järvi is currently recording a cycle of Struass tone poems with the NHK Symphony Orchestra – the first recording is out now. And he's performing with the orchestra in London on 6 March at the Southbank Centre.

He also runs the Parnu Festival in Estonia. It takes place every year in August and you can find out more on the website.

The one thing all young conductors should do, according to this top maestro