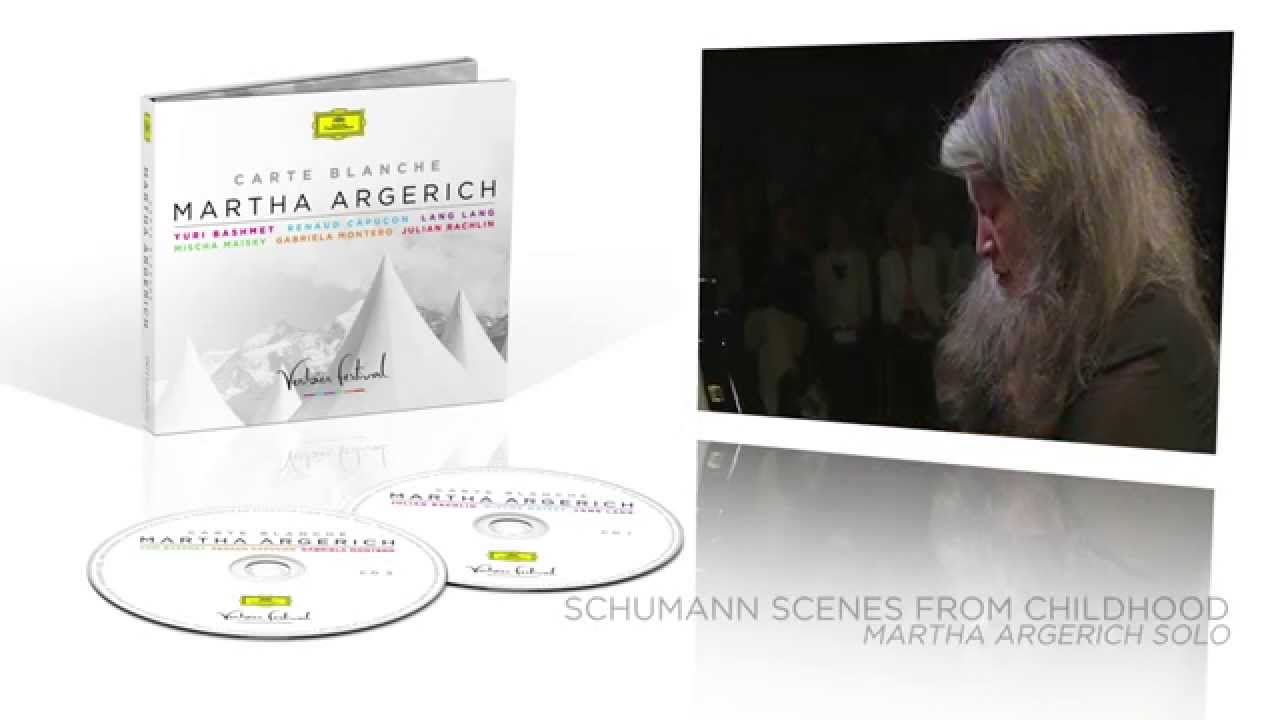 Martha Argerich's Carte Blanche is the first release in Deutsche Grammophon's new partnership with the Verbier Festival that will give us two new releases every year of exceptional live concerts from the Festival's archive.

Back in 2007, the brilliant pianist Martha Argerich was given carte blanche to invite whoever she wanted, to play whatever she and they chose. She was, it's reported, the life and soul of the party, playing in seven works and making a rare solo appearance with Schumann’s Kinderszenen.

The album opener, Beethoven's 'Ghost' Trio features Rachlin and Maisky and is brilliantly performed with all the various shifts in mood from vital to mysterious expertly negotiated as required.

Argerich’s duet with Lang Lang on Ravel's Mother Goose is a stand-out moment, as is the album's ending with Gabriela Montero improvising on Happy Birthday - what more could you ask for?

This one video proves precisely how incredibly virtuosic Martha Argerich is