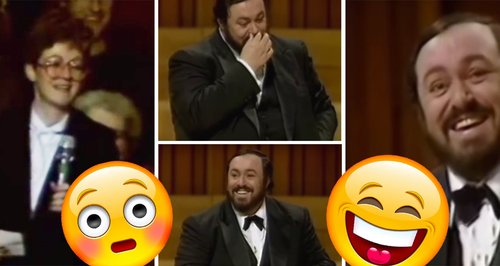 The great Luciano Pavarotti has some great stories to tell about on-stage mishaps… but then he is asked a very interesting question.

He was a legend on stage and his voice was incomparable, but it’s easy to forget that Luciano Pavarotti was an absolute charmer in person too, with a veritable databank of brilliant anecdotes.

During an audience Q&A session, Pav was asked first about his most embarrassing moment ever on stage, which he gamely admits.

But it’s not until the very end, when a female fan stands up to ask a rather more personal question, that he shows his fantastic wit and warmth. What a legend.

Enjoy, and make sure you watch to the end:

Pavarotti: the most iconic images from his career