London Contemporary Orchestra likes to do things differently. We spoke to its Artistic Directors Hugh Brunt and Robert Ames about why they like to take contemporary music to new, diverse places.

The London Contemporary Orchestra can often be heard in the capital's biggest live music venues like the Royal Festival Hall, the Barbican Centre, the Royal Albert Hall and Camden's iconic Roundhouse. However when we caught up with Robert and Hugh, we wanted to know about those more unusual venues, and how the character, history and acoustic of these spaces suit and enhance their programmes.

IIn 2013, this abandoned tube stop 350ft underground housed a performance of Vivier’s Glaubst du an die Unsterblichkeit der Seele (‘Do You Believe in the Immortality of the Soul?’), his last, unfinished work: a dramatised monologue set on the Paris Metro - the eerie setting captured the context for the scene of the homicide.

The park at sunset provided the backdrop for a performance of Vivier’s Zipangu. This was followed by a sound-walk commissioned from LCO Composer-in-Association Edmund Finnis to lead the audience from Primrose Hill to the Roundhouse for Stockhausen’s epic KLANG.  Once at the Roundhouse a sensory experience was devised to accompany the performance, with a specially created taste menu by Niki Segnit and Vivienne Westwood dressed the musicians.   The audience wore coloured glasses to see the performance in the specific colour assigned to each ‘hour’ by Stockhausen. 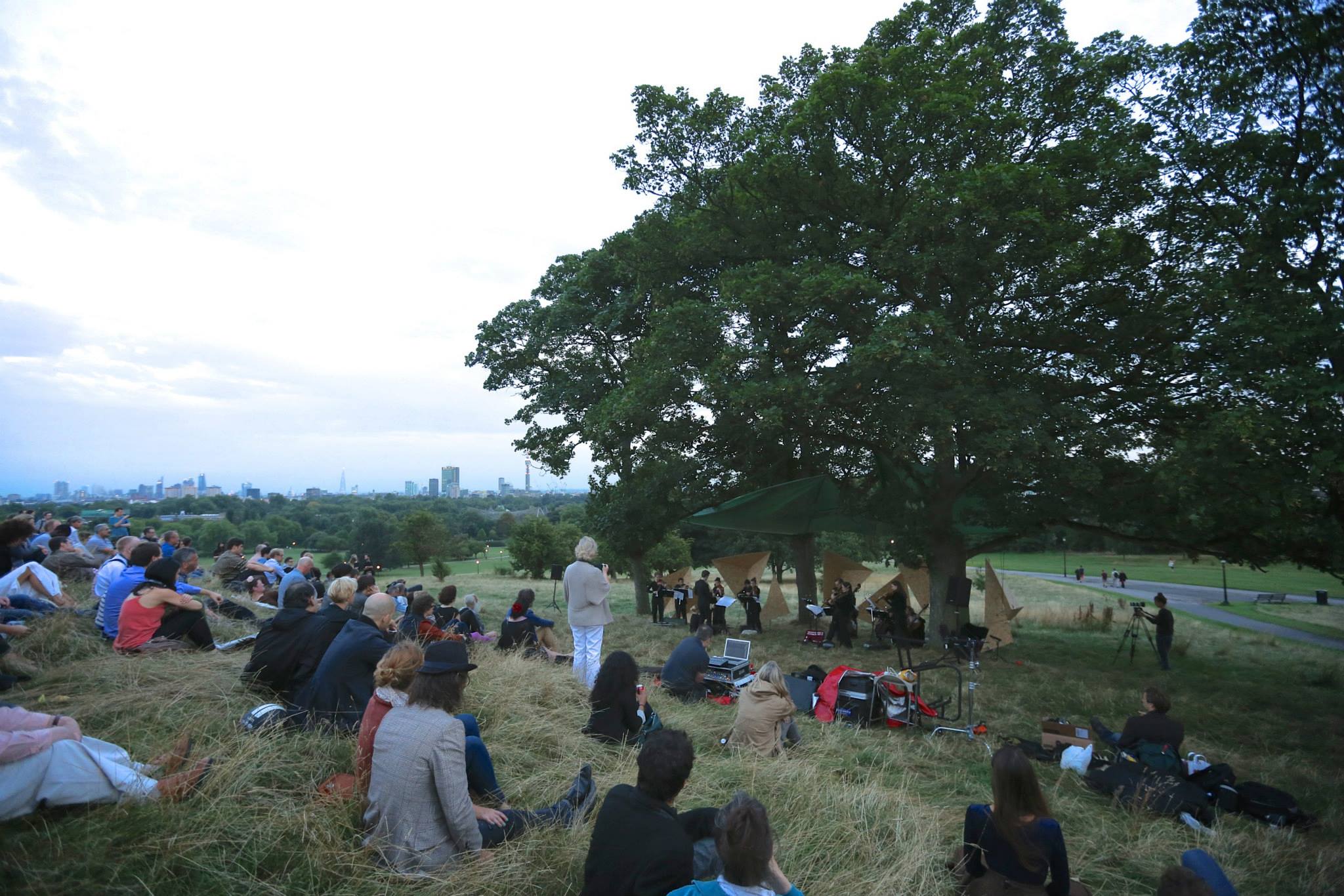 wow wow wow @LCOrchestra + #Timepiece2013 @RoundhouseLDN wow wow wow. Properly on another planet after that combo. Hard to come down from it

Jonny Greenwood – Radiohead guitarist - teamed up with the LCO’s principal players to present the first in a series of concerts in this Victorian industrial setting. The setlist included a selection of Greenwood’s film cues from There Will Be Blood, The Master and Norwegian Wood alongside new material for strings, ondes Martenot, electronics and Greenwood on electric guitar. Also in the programme: works by Xenakis, Purcell, Messiaen and Edmund Finnis.

With Greenwood, the LCO continued the site-responsive theme, the project travelled to Farnborough’s 1917 and 1935 Grade I and II listed wind tunnels, which were open to the public for the first time. The Wapping setlist was adapted for the acoustics of this space, with a few new works by Greenwood for the acoustic.

@theQuietus was at Farnborough for @JnnyG and @LCOrchestra solists... this idea of sound + space is magical, needs to be nurtured, expanded

Here's a much more familiar space for music. But for this orchestra, just because you're in a church, it doesn't mean you can't do things differently. The LCO explored the idea of a ‘secular mass’, the programme interspersed Edmund Finnis’ new work Across White Air (for cello and reverb unit) and Relative Colour with movements from Byrd’s Mass for Four Voices, arranged for strings. The centrepiece of the unbroken programme was Jonathan Harvey’s canonic Mortuos Plango, Vivos Voco. 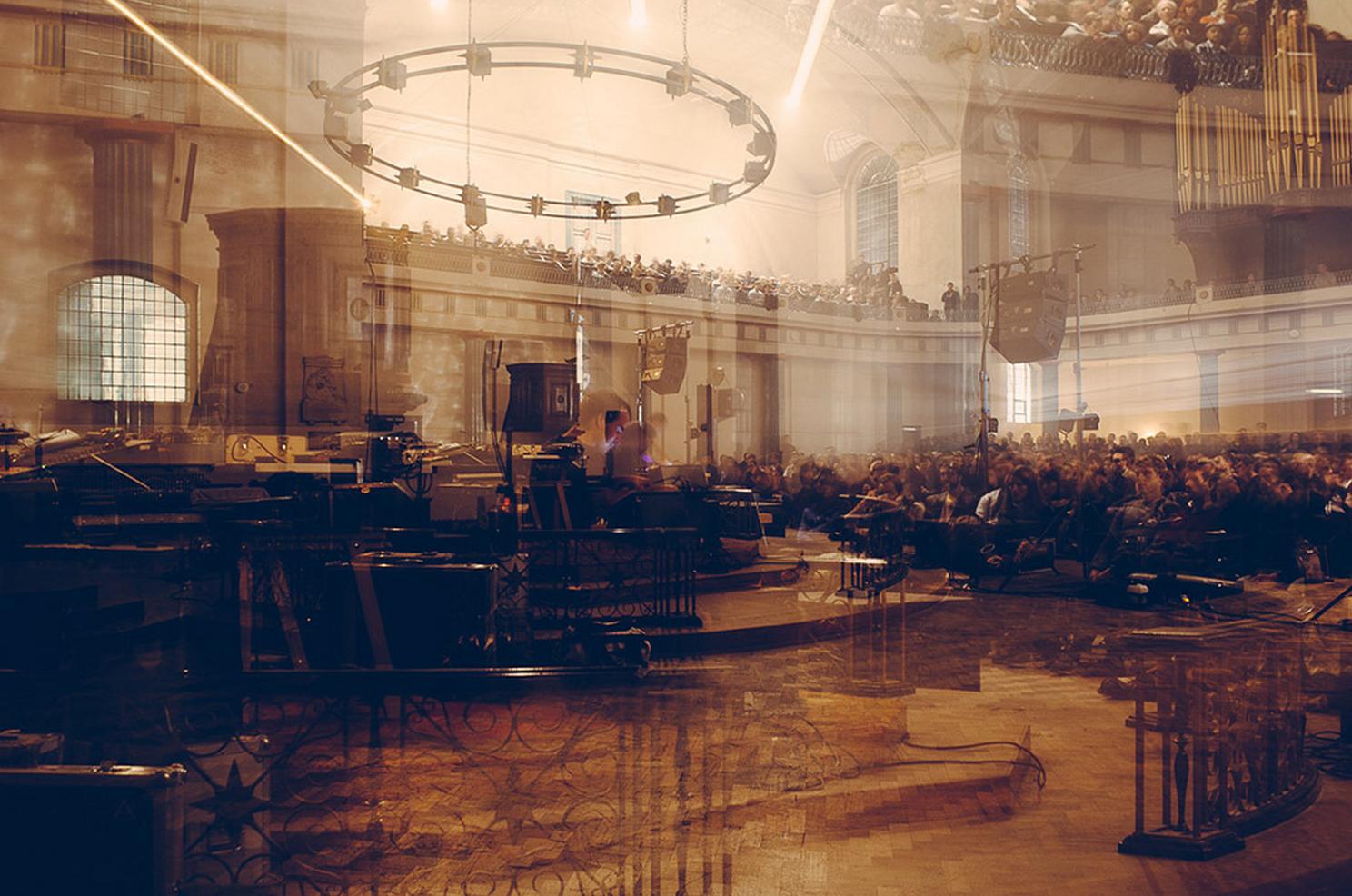 Catch their next concert on Thursday 10th December when LCO and conductor Hugh Brunt go to St John at Hackney Church for the world premiere of Edmund Finnis' violin concerto Shades Lengthen commissioned by innovative music charity London Music Masters and to be performed by Benjamin Beilman.  The rest of the programme of music by Arvo Pärt, Kaija Sariaaho and John Cage alongside traditional chants explores the theme of stillness and dusk in the context of the Evensong Mass at the close of day.