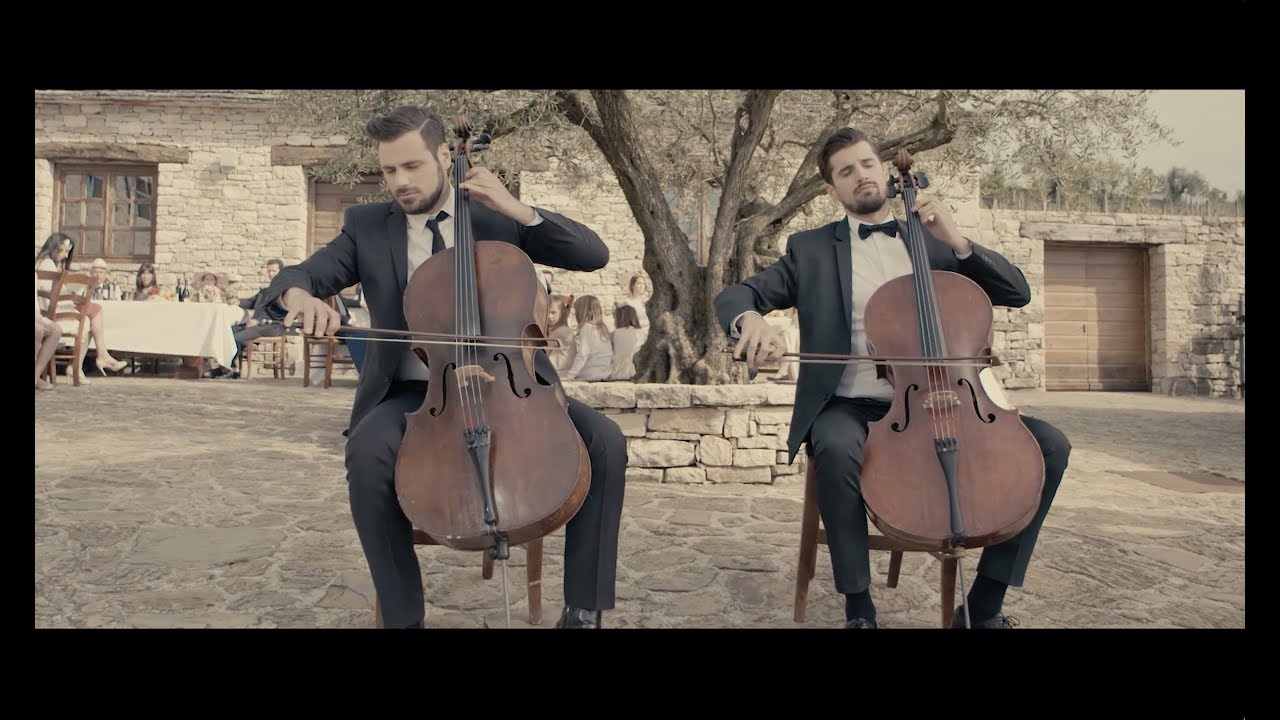 2CELLOS have made a name for themselves with their unusual and imaginative covers or famous classical music and movie themes.

Their latest album celebrates some of the greatest music written for the silver screen, including Cinema Paradiso, Schindler’s List and even the song 'Moon River' from Breakfast at Tiffany’s.

Here's a video from our exclusive session with the pair

Luka and Stjepan (who make up the duo) are also known for their stunning music videos. And their latest video, in which they play performers (and possibly assassins) at an Italian wedding, is inspired by the epic Godfather films.

Just look at this setting.